One of the most sought after gifts this holiday season is already sold out, and it doesn’t even play 4K. Instead, Nintendo’s latest best-seller, released on September 29th, a year after the company met absurd success with its NES Classic, is a retro thrill. The Super NES Classic Edition is a miniature version of the company’s groundbreaking 16-bit system from 1991, loaded with 21 games perfect for fulfilling any millennial gamer’s need for early nineties nostalgia.

The NES Classic sold out so fast that even Nintendo was caught by surprise. Before the Super NES’s release, the Big N assured gamers that there’d be enough SNES Classics for everyone even as pre-orders ran out, resulting in rampant price gouging for the system before it even hit stores. It got so bad that Nintendo officially told consumers not to pay more than the $79.99 retail price.

Given that there are so many ways to play old console games, why all the fuss over the SNES Classic? Aside from the growing bankability of 1990s nostalgia, it’s hard to say. Cynicism aside, Nintendo has done a lot of right here.

The majority of the 21 pre-loaded games are classics worth revisiting. The value of Kirby’s Dream Course remains up to speculation, but Super Mario World is still one of the greatest side-scrolling platformers ever made. Bask in the wonder that was the 90s with classics like Donkey Kong Country, Street Fighter II Turbo, Contra III, and other games with the word super in them. There’s also The Legend of Zelda: A Link to the Past, Final Fantasy III, Earthbound, and Secret of Mana, all Japanese RPGs that helped fuel lifelong passions for the genre. The Classic even comes with the never-before-released Star Fox 2, which is surprisingly good.

Given that the average new game today costs $60 and that I can personally remember paying $70 for Street Fighter II on the SNES back then, $80 for this much goodness isn’t a bad deal. Admittedly, there’s no doubt this is all entertainment from the early nineties.

The SNES Classic only requires basic USB power (you can conceivably just plug it into your TV’s USB port) and uses HDMI to pipe that classic goodness into the new generation of HD. The games upscale to 720p, but doesn’t alter them in any way beyond that; a lot of these games do look rough by today’s standards. Even the controllers are wired and perfectly authentic to the original experience.

Admittedly, there’s such as a thing as too authentic. For those of us spoiled by wireless controllers, there are thankfully some options. I switched to the near-perfect SNES-themed bluetooth controllers by 8bitdo, which, when paired with a wireless adapter(available separately or in a $25 package deal), alleviated the need for pesky cables. Or you can just buy a $10 extension cable.

To help aid players whose thumbs might not be as agile as they were in 1992, Nintendo added options for saving (or “suspending”) your game or rewinding the action. But don’t expect any other breaks or enhancements. Short of actually digging out the old cartridges, blowing them off and hooking up an original SNES up to a CRT TV, this is the most authentic trip down video gaming memory lane you can find. 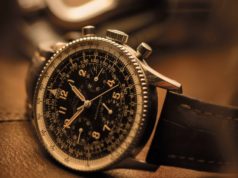