Dating profiles are like resumes: nobody tells the entire truth on them. Of course, I say this with hyperbolic intent. There have to be some people who tell the truth on dating sites, right? Well, according to new research from mobile insurance provider Insurance2go, which surveyed 1,000 online daters, the answer is no, not really.

Their research found that 72 percent of singles lie on their dating profile. Almost one-third of digital daters lie about their true age. This phenomenon of sprucing up your dating identity to give it curb appeal is known as “kittenfishing.” But because I’ve previously written about my personal hatred for new dating terms (which seem to pop up of of nowhere like zits on Picture Day), I will never use that stupid word in this article again. Promise.

After age, people lie about height (16 percent), followed by claims they exercise more than they actually do (15 percent) and their job titles (14 percent). Lies about weight rounded out the top five (11 percent). Women were more likely to lie about their height and job title, whereas men were twice as likely to lie about their salary and lied more about weight, cooking skills and social life. The survey also revealed one in 10 daters intentionally post old pictures of themselves.

This research reflects a past study from the University of Wisconsin-Madison and Cornell University, which cited 80 percent of online daters lie about height, weight or age on their profile. And believe it or not, younger people are more likely to lie. Research commissioned by BeautifulPeople.com, the website you can only use if you’re voted hot enough, discovered the older you are, the less likely you are to fib. It’s interesting, considering age was the most common lie. One would assume daters want to be viewed as younger, no?

But I guess none of this matters, does it? It’s already been established that the most people are lie and the severity worsens with each generation. But let’s not get too discouraged. People may lie on their dating profiles, but they’d lie in person as well. We’re all insecure, so provided your fib is lighter in nature (personally, I’ve said my physique was average when I should have marked husky) and doesn’t set foot on unethical territory, you’re good. Plus, people are lying on dating sites but they’re still hooking up. Statistics suggest that about 20 percent of relationships begin online these days. By 2040, it’s estimated that 70 percent of us will have met our partner online. 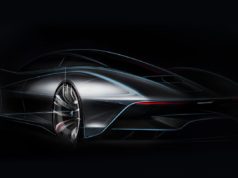