With its quest for world domination in full swing, Amazon has now set its sights on conquering Middle-earth, too. The company has acquired the rights to J.R.R. Tolkien’s fantasy series, The Lord of the Rings, for $250 million, Deadline reports. According to a press release, Amazon plans to “explore new storylines preceding J.R.R. Tolkien’s The Fellowship of the Ring,” which was famously adapted for the big screen by Peter Jackson.

It’s a staggering amount of money, considering there’s still no creative team in place. A full season of Game of Thrones costs upwards of $100 million to produce, which means Amazon will likely have to spend as much or more to achieve the sprawling cinematic scale of HBO’s crown jewel. And make no mistake, with the final season of GoTcurrently in production—a premiere date has yet to be announced but it’s expected to wrap up some time next year—Amazon is banking on audiences having major dragon withdrawal.

The move comes at a pivotal time for Amazon’s still nascent TV business. Unlike its main rivals Netflix and Hulu, it has yet to produce a show that’s captured the zeitgeist on the level of Stranger Things or The Handmaid’s Tale. Transparent has found a devoted niche audience and hauled in a handful of Emmys, but according to ratings provided to Variety last year, Jill Soloway’s engrossing family drama isn’t even the most-watched show on its own platform (that distinction belongs to the dystopian thriller The Man in The High Castle).

It seems that Amazon CEO Jeff Bezos has realized that in order to stay afloat in the increasingly competitive world of Peak TV, he needs a big event show. In September, Variety reported that Amazon is in the midst of a programming shift guided by Bezos’s “bigger is better” ethos. It was being led by Amazon’s then head of film and television, Roy Price, who in September told Variety that “it takes big shows to move the needle.”

Which brings us to the other reason why this deal comes at a critical impasse for Amazon. In October, Price resigned from his job amid several allegations of sexual misconduct. Amazon was reportedly aware of the allegations for two years, but only decided to take action after the Harvey Weinstein scandal forced its hand.

Even before Price was forced to step down, rumors of dysfunction at Amazon Studios swirled. In early October, The Wall Street Journal published a scathing assessment of Amazon’s failure to reshape Hollywood. It detailed how Amazon passed on bidding for shows like The Handmaid’s Tale and Big Little Lies, because they didn’t fall under the same tried-and-tested analytics model that it has used to great success in its other divisions.

The LOTR deal appears to be a hard reset for the flailing studio. And while some industry observers have called the price tag “insane,” it offers Amazon a rich tapestry of source material to mine from. Because it’s still in the earliest stages of development, we have no idea what Amazon’s take on Tolkien’s expansive universe will look like, or which specific story line it will focus on.

The press release specifically points out that the series will take place before Frodo Baggins embarks on his epic quest, but leaves room for Bilbo Baggins to be included in some way. But while Peter Jackson’s trilogies of The Hobbit and The Lord of the Ringsgrossed a combined $6 billion at the global box office, they’re both too fresh in our collective memory for Amazon to attempt any kind of a reboot.

An obvious choice for the source material would be The Silmarillion, Tolkien’s sweeping tome that chronicles Middle-earth’s creation. There are a number of compelling story arcs within that text that could be developed into a standalone series. No matter what path it decides to pursue, Amazon suddenly finds itself in enviable terrain.

Like HBO—which is in the process of developing a number of Game of Thrones spin-offs—it has set itself up to create its own interconnected universe with the added benefit of a rabid built-in fan base. Unfortunately we’re still a few years away from finding out whether or not it can cash in. 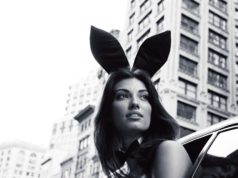 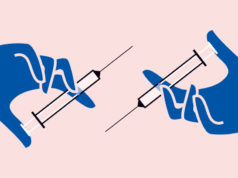 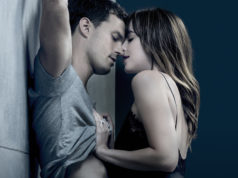