Bella Hadid was in Seoul, Korea,  for a Dior beauty event, and W Magazine caught up with her there for a quick interview. They asked the supermodel if she was addicted to social media, and Hadid, who recently turned 21, said, “I would really rather be off social media than on it. Especially these days; it makes me so crazy.”

If social media has been extra frustrating for Hadid lately, it probably has something to do with this video interview. The video, part of Complex’s Sneaker Shopping series, went viral because so many people were making fun of her use of slang. Hadid, who is a Nike spokesperson, points out a pair of sneakers she doesn’t like, and says, “If homeboy’s comin’ through with these, it’s quiet… it’s quiet for him.” Then she points out a pair of Nike Air Max and says, “But, like, if he’s comes through in these… homeboy’s gonna, like, get it.” (This New York Magazine piece has several funny examples of the memes Hadid inspired.)

Hadid didn’t mention the Complex feature by name, but she told W Magazine she feels much happier when she takes a couple days off from social media. She said, “In fact, I recently made this decision consciously, it just like sparked, that I no longer check my phone when I wake up. I think that’s why sometimes you get off to a bad start in the morning, when you start your day with that energy. Like who wants to turn on their phone at 7 a.m. or whatever and see something negative about themselves?”

Of course, memes come and go, and while Hadid may still hear the occasional “Homeboy’s gonna, like, get it” reference, most of her fans seem to have moved on. Comments on her latest Instagram posts are full of the usual compliments and heart emojis.

If the mockery surrounding the Complex video didn’t scare Hadid off of social media, it seems likely that she’ll be around for the foreseeable future. That’s good news for anyone who appreciates the glamorous photos she shares, as well as the occasional silliness, like when she decorates a sexy magazine layout with a gummy bear:

Hadid’s Instagram also captures the bizarre side of life as a supermodel. She often poses with the massive, billboard-sized portraits of herself that she encounters in her day-to-day life in New York City and around the world. The pics are a reminder that no matter how famous she is, she’s also a real person—and beneath that flawless surface, she’s just as sensitive to criticism as anybody else. 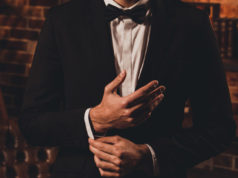 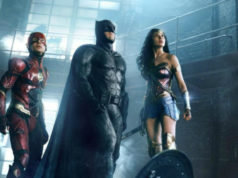 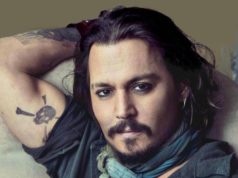